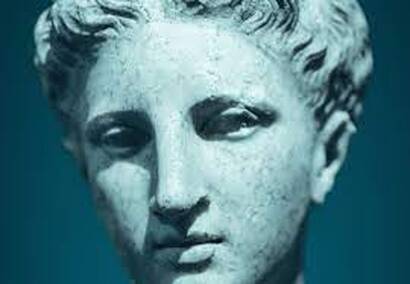 Feminism has been one of the main themes integrated into our writings, discussions, and readings throughout the semester. The struggle to overcome the separation based on gender and the ability to speak out being oppressed is what women are being seen to face.  Lisa Day’s article, What Is Feminism, provides a breakdown of what a feminist is and what they hope to achieve in terms of equality. Communication of these goals in mind can be taken directly from the end of the article, “Anytime stereotyping, objectification, infringements of human rights, or intersectional oppression occurs, it's a feminist issue.” Class discussions brought out some feminist or sexist ideas and practices within the novels that led to writings about the analyzation of the themes as well as developing a deeper meaning to said themes while aiming at different aspects of the feminist and non-feminist views and concepts. Women, throughout each topic in class and in the real world today, are trying to overcome the limits given to them by men.

There are distinguishing ways that feminism is portrayed throughout each novel: The Lost Books of the Odyssey by Zachary Mason, Cassandra by Christa Wolf, Circe by Madeline Miller, The Oresteia by Aeschylus, and The Penelopiad by Margaret Atwood. You can see the point of view through the author and even the character being changed throughout each different novel or sometimes even remaining the same. The Lost Book of the Odyssey provides more of a inference of feminism as one might look upon the stories and see that a man is not as great as they make it seem in stories being heroes and all, but have flaws behind there actions and decisions. This could go against the idea that a man is greater than a woman when they both equally make mistakes or wrong choices. The novels of Cassandra and Circe take more of a direct approach into feminism as it is explored through the authors and main characters. Each character provides a similar view of men and their disbelief in their power over women while the authors seem to have their input inserted through these characters. Catriona Mactaggart’s article even communicates the emphasis that is going on nowadays with readers who want to know more about the female characters within mythology causing feminist authors to rise in their retellings of mythological stories (How Greek Mythology Is Being Rewritten through a Feminist Lens). The Oresteia encourages the reader to believe through actions displayed by the characters that women are seen within Greek mythology as less than men as well as in The Penelopiad as Penelope turns her former lovers or men who do her wrong into pigs. All of these novels share a basic idea of sexism that intertwine with the feminist point of view in some version.

Several reoccurances of feminism have come about throughout history. It is not something new to society to deal with, but rather a problem in need of solution. Coming from the article Four Waves of Feminism by Martha Rampton, “[s]ome thinkers have sought to locate the roots of feminism in ancient Greece with Sappho (d. c. 570 BCE), or the medieval world with Hildegard of Bingen (d. 1179) or Christine de Pisan (d. 1434). Certainly Olympes de Gouge (d. 1791), Mary Wollstonecraft (d. 1797) and Jane Austen (d. 1817) are foremothers of the modern women's movement.” While the data isn’t precise on the origins it still comes to the thought the amount of centuries ago that feminism dates back to, and has proceeded to show up in society. During the Civil Rights Movement feminists had struck up, Greek mythology has proven to show sexism through stories like Cassandra’s curse, where women could have great ideas but never were able to be seen, to now there are feminists fighting for “my body, my choice.” Feminists have just been present in the world for so long.

While remaining after a long period of time now, social depiction of women has been altered throughout time from it’s previous perception of being inferior to men. Lisa Days writes, “[h]istorically, feminism has evolved from the critical examination of inequality between the sexes to a more nuanced focus on the social and performative constructions of gender and sexuality,” (What Is Feminism) setting up a premise of change from a time of, most likely, Greek to modern age. Rampton even sets feminism up into four waves: a focus on suffrage, equal rights regardless of sex, a view of subjects rather than objects or the body, and to what is coming about in modern times as a sense of just everyone coming together and women being apart of that (Four Waves of Feminism). Each of these waves are seen as the progression that has happened over time and generalizes each idea that was floating around during that time period. Together, Day and Rampton’s ideas collide in respect to the change that feminism has had throughout time into a more specific topic, rather than a broad women’s suffrage movement.
​
Good and bad is how sexism has been enacted upon, or given over the years and the novels discussed in class go to help in the depiction of these. The Penelopiad and the end of The Oresteia are two of the top examples on the negative side of sexism shown in mythology. In The Penelopiad, Penelope has a disregard towards her twelve maids in their fight as feminists as she only accounts for herself gaining power. A sense of abandonment of another to gain their own wishes is what is seen to come out of sexism indirectly. The end of The Oresteia  also portrays a negative side to sexism as it affects women’s power of judgment; Athena, knowing that men are seen as more desirable or favorable in the matter, concludes that the murder of the mother was just due to the previous murder of the father as men should be treated with a sense of more respect. On the other hand, in Circe there is a more positive side to sexism as it opens Circe to a fascination that can only be seen without the power that a Greek god would have. Being a “lower god” due to her being a female goddess creates opportunity for her to grow in her fascination with mortality, or the power doesn’t get to her head. Sexism is seen to be able to affect in both the positive and negative, which ultimately helps in overcoming the barrier of segregation based on sex.
​
A strong role is played throughout time in regards to feminism, which is seen through novels, history, and discussions between counter beliefs and similar beliefs. Women have strived for their efforts in equality and dedication to become more than they have been seen to be. A growth is seen that has lasted for centuries that has gotten them so far from the beginning at working on just their suffrage. A growth that has impacted the community of feminists into what they are seen as and doing today.
Works Cited
​Atwood, M. (2019). Penelopiad. GROVE.
Day, Lisa. "What Is Feminism?" Women & Gender Studies at Eastern Kentucky University. 18 Feb. 2016.
Fagles, R., & Stanford, W. B. The oresteia. Penguin.
Mactaggart, Catriona. “How Greek Mythology Is Being Rewritten through a Feminist Lens.” The Indiependent, 14 July 2021, https://www.indiependent.co.uk/how-greek-mythology-is-being-rewritten-through-a-feminist-lens/.
Mason, Z. (2011). The Lost Books of the Odyssey. Vintage.
Miller, M., & Horn, M. van. (2021). Circe. Uitgeverij Rainbow.
Rampton, Martha. “Four Waves of Feminism.” Pacific University Oregon, 2008, https://www.pacificu.edu/magazine/four-waves-feminism.
Wolf, C. (2011). Cassandra. Edizioni e/o.